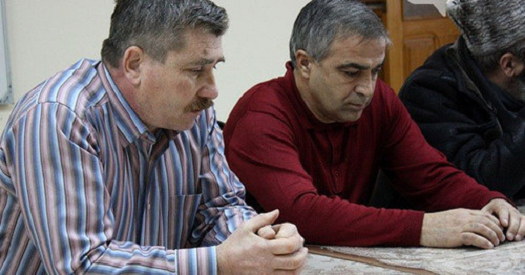 Members of the Maikop organization "Adyge Khase-Circassian Council" have been summoned for questioning to the Centre for Combating Extremism (CCE) in connection with the complaint filed by the Mufti of Adygea, who demanded to bring ecologist Valery Brinikh to justice. According to the activists, the complaint against Valery Brinikh, who reported the theft of the sacrificial sheep, was a formal reason to put pressure on them.

The "Caucasian Knot" has reported that in his complaint, Askarbiy Kardanov, Mufti of the Krasnodar Territory and Adygea, demanded to bring Valery Brinikh to responsibility for insulting the religious feelings of Muslims. The Muftiate treats as insulting the publications and claims voiced by the ecologist about the theft of sheep donated by Ramzan Kadyrov to the poor in Adygea.

On December 1, 2016, Valery Brinikh, the Chairman of the All-Russian Society for Environmental Protection in Adygea, sent an application to the police, where he asked to check the information that some of the sheep sent to Adygea for the Kurban Bayram holiday by Ramzan Kadyrov's order had not reached the poor people. The sheep were stolen by local bureaucrats, Valery Brinikh asserted.

The "Caucasian Knot" has been told by Valery Brinikh, the leader of the regional branch of the Green Party, that the CCE of the Ministry of Internal Affairs (MIA) for the Republic of Adygea began to summon members of the Maikop organization "Adyge-Khase-Circassian Council" and the branch of the Green Party for questioning. In particular, Zaurbiy Chundyshko, the leader of the "Adyge Khase", and his deputy Sergey Koblev were summoned to the CCE.

Zaurbiy Chundyshko, the leader of the organization "Adyge Khase-Circassian Council", told the "Caucasian Knot" correspondent that he refused to visit the CE for questioning.

"On Sunday, we held a meeting of the executive committee, and a CCE's agent came there and tried to give me a summon obliging me to visit the CCE on the other day, but I refused," said Zaurbiy Chundyshko.

"We have no doubt that they will try to charge us under the Mufti's complaint of extremism as accomplices, since we are Valery Brinikh's companions and we constantly criticize the authorities," noted Zaurbiy Chundyshko.

Full text of the article is available on the Russian page of 24/7 Internet agency ‘Caucasian Knot’.