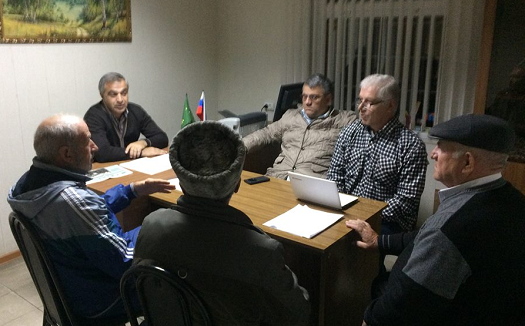 Members of the Maykop city organization «Adyghe Khase – Circassian Council» expressed strong protest in connection with the fact that in recent years the results of the Russian-Caucasian war have been increasingly being reviewed.

Activists are outraged by the statements of political and public figures that have shifted to compromising positions. According to them, it is not suitable, on the eve of the May 21, Day of Memory and Mourning to utter ambiguous phrases about peace between nations and mistakes.

As Zaurbii Chundyshko said, the point is mainly about the article published in the newspaper «Soviet Adygea», where it is said in particular that it's time to stop remembering the «mistakes of the past». It is not clear what is called a mistake, the Circassian genocide or their resistance.

«Circassians did not attack Russia», – the authors of the statement explain. Or should it be mistaken that «the people did not destroy themselves» when the tsarist troops appeared? – members of the organization are perplexed.

The world community, including the Russian Federation, has undertaken to adhere to the policy of preventing genocide in the future, recall members of the Adyghe Khase – Circassian Council. And we should stick to this, and not «blame the people who suffered from the genocide itself».

«We consider this situation to be unacceptable. Mutual understanding cannot be one-sided, otherwise this process has a different name», – the statement said.

Note that the genocide of the Circassians was recognized by the parliaments of Kabardino-Balkaria and Adygea, the Parliament of Georgia, and three municipalities of the United States.

The first Russian president, Boris Yeltsin, recognized the «Caucasian War» as an example of «the courageous struggle of the peoples of the Caucasus not only for survival in their native land, but also for preserving an original culture, the best features of a national character».