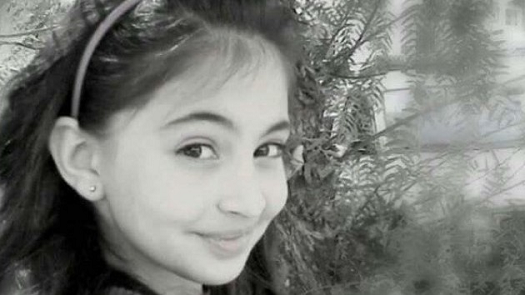 Judy Mohammed Hair Maf, an 11-year-old Circassian girl, was shot and killed in Damascus on the Kurban Bayram holiday, a horrific act that has prompted Circassians in the North Caucasus and some Russians to demand that the Russian authorities end their opposition and organize the immediate evacuation of their co-ethnics from Syria.

Two days ago, Khazrail Khanakhok, a member of the Maikop branch of the Circassian Council Adyge Khase, staged a one-day picket demanding that Moscow open the way for the mass evacuation of Circassians from Syria (natpressru.info/index.php?newsid=9894 and nazaccent.ru/content/17745-cherkesskij-aktivist-v-majkope-potreboval-srochnoj.html).

Sergey Koblyev, another member of the Adyge Khase, said that passers-by had asked about the girl in the photography and he was able to tell them that Judy “died from a sniper’s bullet and that she should not have been a victim.” She and others like her simply needed to be allowed to return to their homeland as compatriots.

The Circassians of Syria are in the zone of armed conflict in Syria and would like to leave and come to Circassian republics in the North Caucasus. Adygeya recently increased the quota for refugees (nazaccent.ru/content/17668-v-adygee-uvelichili-kvotu-na-bezhencev.html), but Moscow has refused to allow them to come in large numbers.

The center’s current opposition to the repatriation of Circassians is justified by those like Valery Tishkov, former head of the Moscow Institute of Ethnology and Anthropology, who argues that giving “compatriot” status to ethnic Circassians in Syria would open the way for an influx of radical Islamists (windowoneurasia2.blogspot.com/2015/09/giving-syrias-circassians-russian.html).

But there are new indications that not everyone in the Russian capital agrees with Tishkov, Sergey Arutyunov, a corresponding member of the Academy of Sciences and head of the Caucasus department of Moscow Institute of Ethnology and Anthropology, has distributed via email a declaration supporting the repatriation of the Circassians.

He says that he “considers it the responsibility of all Russian authorities both federal and republic-level to provide immediate help to all refugees who are descendent of the mahajirs --including unconditional admission to the territory of the Russian Federation without visas and assistance in settling on the territories of Adygeya, Krasnodar kray, Karachayevo-Cherkessia, Kabardino-Balkaria, Stavropol kray, North Osetia, Ingushetia, Chechnya and Daghestan.”

Arutyunov further declares that he “considers any actions or expressions of obstruction or excuses from these our obligations before the descendants of our compatriots who were at one time expelled amoral and inhuman.” The Moscow scholar’s humane position deserves support: he can be reached via email at gusaba@iea.ras.ru. 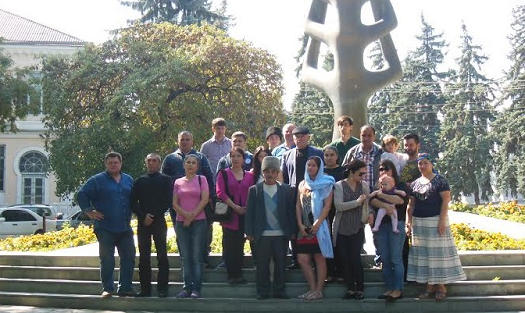 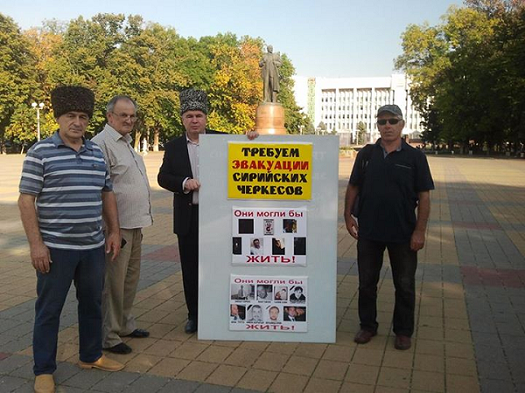 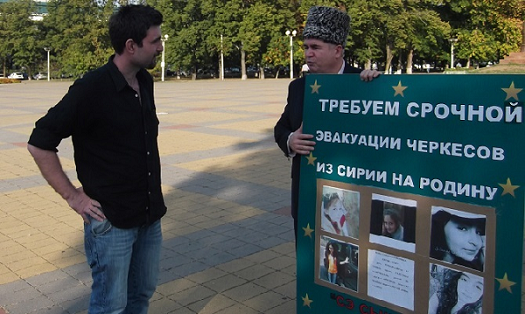 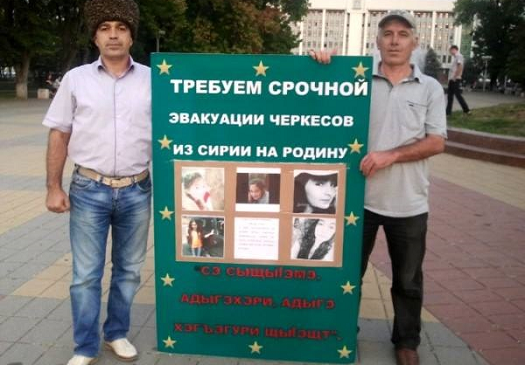