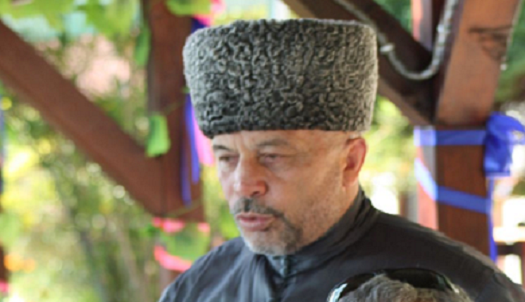 The petition has been sent to the Russian Premier Dmitri Medvedev. As of 6:55 a.m. Moscow time on November 1, 2016, the online petition had been signed by 3698 persons.
The "Caucasian Knot" has reported that the petition entitled "Residents of Republic of Adygea Demand Direct Election of Republic's Head" was posted on the website "Change.org" on October 14 by Arambiy Khapay, the ex-chairman of the movement "Adyge-Khase – Circassian Parliament" of Adygea. Today member of Maykop city public organization "Adyghe Khase - Circassian Council".

Mr Khapay left the post in 2012 because of disagreement with the policy of the head of Adygea Aslan Tkhakushinov.
"The practice when public posts and senior positions in regional institutions of political parties are held by people who are in direct blood relation with the leader of the Republic of Adygea contradicts the ethical rules and regulations in the system of public authorities. The family-clan system of power in the Republic of Adygea is aimed at alienating the public from control over the state. It weakens state institutions, contributes to growth of corruption and conflict of interests, negatively affecting the public interests," states the petition.
According to the author of the petition, the "Edinaya Rossiya" (United Russia) Party should restore the direct election of the head of Adygea, because the party "bears full responsibility for the protection of citizens' rights to participation in the formation of state power bodies."
Author: Asya Kapaeva; Source: CK correspondent